“Hydrogen Bill”, Innovator and Supporter of Hydrogen, will be greatly missed. 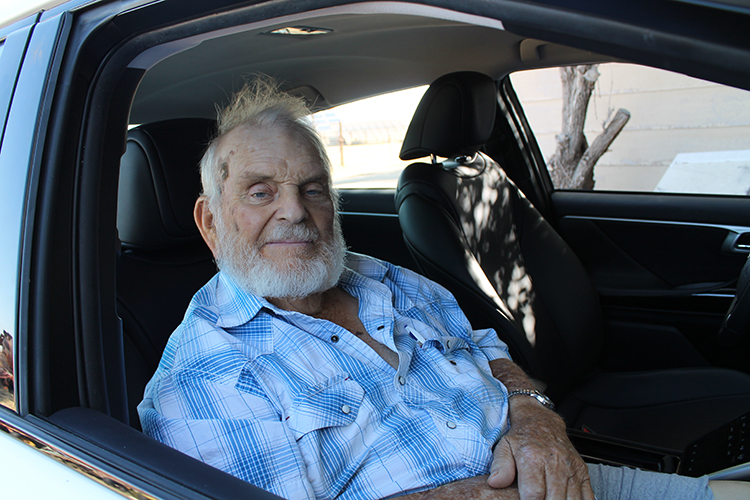 It is with a heavy heart that we say goodbye to our friend and long time supporter, Bill Paetzold aka “Hydrogen Bill”.  On the morning of September 22, 2019, “Hydrogen Bill” passed away, leaving behind the family, friends and memories of the man he was.

“Hydrogen Bill” was a farmer, business owner of Panhandle Sustainable Energy, and an avid enthusiast of hydrogen research and production. His own home proudly displays the quote, “When my well went dry, I did not cry, I started farming the sky.”

He came to Millennium Reign Energy in 2008, to purchase one of our hydrogen systems and become the first Texan to own a hydrogen system.  He continued to upgrade his system each time we released an upgraded version. About a month ago, “Hydrogen Bill” purchased his first full hydrogen station.

He proceeded to travel to California, where he purchased a 2016 Toyota Mirai fuel cell vehicle, to use with his very own Millennium Reign Energy residential hydrogen fueling station.

Although “Hydrogen Bill” was suffering from cancer, a dangerous blood clot and admitted to hospice, he continued to participate in interviews to promote hydrogen and his dream of building a west Texas Hydrogen Highway.

“Hydrogen Bill” is now lovingly dubbed “Hydrogen Angel”, for his promise to watch over us from heaven. We will continue the pursuit of hydrogen as a renewable and sustainable energy, in his honor and for the good of the planet and mankind.