From the desk of Chris McWhinney 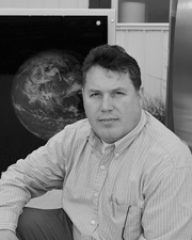 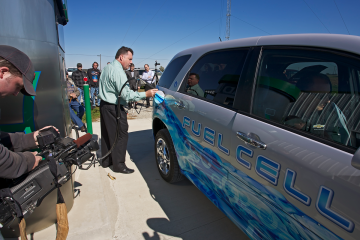 At Millennium Reign Energy LLC, (“MRE”) we believe that to be truly independent in your energy use you must promote Individual Energy Independence TM. That means you have a completely renewable energy system that you own, operate and control, a Nano Grid. This complete energy system could be installed at your home. It could include for example a fully automated AutoARK® hydrogen generator and storage tank, a set of batteries, a Fuel cell, and a solar array, and / or a wind turbine for the origin of  electricity to begin. The hydrogen generator is scaled to produce enough stored hydrogen from water to run your cars and recreate electricity for all your individual energy needs when the batteries run out. Batteries are the primary source for back up power but would be sized for just one 12 to 20 hour period. The hydrogen will act as a load bank for the excess power produced by the renewables after the batteries are re-charged each day.

This system could be complimented with a fuel cell. The electricity produced from the fuel cell is used to fill down times while the wind is not blowing or the sun is not shining and the Batteries have been depleted to 20%.

In 2014 the auto industry  launched fuel cell cars for lease to people near fueling stations and more auto manufactures released in  2016 and 2018. Now there are over 5,000 Fuel cell cars on the roads in California alone. This marks the beginning of a true transition to a hydrogen based economy. Fuel cell cars such as the GM or the Honda Clarity are at least 2 times more efficient at using the hydrogen to convert to power than the internal combustion engine.

The key to making all of these vehicles viable options is the ability to refuel them. This is why the Scalable Hydrogen Fueling Appliance (SHFA) provides the necessary infrastructure to create and dispense hydrogen, from any location including your home, to power your vehicle.

The centerpiece of this is the AutoARK® hydrogen generator. We currently have several economical models that are ready for market, and for installation. The AutoARK® is a safe and fully automated hydrogen generator. The AutoARK® can also be used in many other stand alone applications utilizing electricity from other sources including a standard wall outlet supplied by the existing electric grid. This means that our system does not require the wind and solar components and can grow and fit with each individual’s choice of energy use and needs.

The AutoARK® technology will grow the hydrogen economy, one home and small business at a time, capitalize on American ingenuity and expand renewable safe hydrogen globally. A complete system can be installed at an individual’s home for approximately the same monthly cost as they now are spending on current energy consumption after state and federal incentives in most cases. Monies used for electricity, gasoline, propane and natural gas costs that individual homeowners budget for each month anyway, will make the payments on this system.

Imagine a world with no fighting over oil, cars that clean the environment as they run, an economic boom, and millions of new American jobs. Clean renewable energy, creating clean diversified ENERGY AT YOUR HOME!!

An added bonus to the AutoARK® is when combined with wind and solar power, rural areas and Third World countries could have the energy to take care of their every day needs. Eventually enough of these systems could make our country energy independent, and reverse global warming.

It is our desire to find people and organizations to bring together the necessary skills and experience of developing a successful company and the financial resources to support its growth. We are prepared to take this journey and passionate enough to drive it to untold heights. Together we can really change the world.