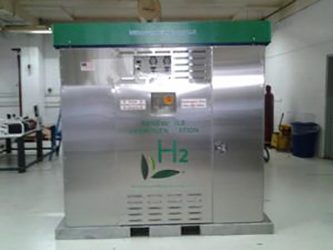 May 10th 2019 marks the 150th anniversary of the completion of the Transcontinental Railroad. This was an event so transformative it is still celebrated today. On April 11th 2019 MRE announced it will build the first Transcontinental Hydrogen Highway TM (THH). Starting in 2020 MRE will begin building the THH and will be the first company to accomplish this feat. Extending from Los Angeles California to New York City mostly along Interstate 70, it is expected to be open and selling tickets for access to H2 fuel for a ride on the THH by the end of 2021. MRE has already built, patented , trademarked, and had third party attestation done by CSA Group on the fueling infrastructure products that will be required to span the continent. However before this happens much foundation work needs to be done.

The introduction of hydrogen (“H2”) presents several challenges when looked at from the perspective of changing the whole world’s fossil fuel based economy over to the clean renewable hydrogen based economy.

Millennium Reign Energy LLC solutions are a mixture of several small and scalable steps over a period of time that will enable us as a country to reach this goal.

First, we recognize that fossil fuels are used for homes, businesses and transportation and will continue to be used for some time to come. This transition to hydrogen requires an educational campaign to be launched through schools and learning centers with our Education Units we can provide.

While people are being educated, MRE will locate 27 SHFA Model 200 (Scalable Hydrogen Fueling Appliances) across the USA. These first pioneering stations will enable the 40,000 fuel cell vehicles advertised to be in California by then to travel across the USA and to always find hydrogen fuel and will provide the foundations to branch out from there with each phase of expansion.

Phase 1; Our plan is to build 10 of these stations at strategic locations in California, 5 on the Big Island of Hawaii, and 5 in Ohio, with the help of all of MRE’s Collaborating Partners and the new MRE site owners to be discovered over the next few years. This is in addition to the 27 stations that we are building for the Transcontinental Hydrogen Highway TM. MRE will create an Interstate Hydrogen Highway system that produces the hydrogen  on the same site it sells the hydrogen.

Phase 2; MRE will constantly refine what we learn and expand to over 500 stations  by teaming up with entities that have the financial resources, strategic locations and the land in place already like some big box retail stores do. In that case hydrogen fueling stations would have  additional uses for the hydrogen onsite on top of what the fuel cell cars would require. Big Box retail stores can use H2 to fuel their fuel cell fork lifts used to unload product. Currently over 27,000 fuel cell fork lifts power the loading of goods inside many companies distribution centers. Eventually this will be expanded to all the World.

Phase 3; In the future we believe MRE Centers with H2 fuel stations on site will themselves be powered by and utilize hydrogen, with co-generation and wind and solar on-site to run independently off the electric grid, while providing a working model of a Nano Grid and what a customer can purchase from MRE. MRE Centers will sell hydrogen on site, and facilitate the sales of fuel cells, wind turbines and solar panels, AutoARK®s, H2 generators, hydrogen burners for furnaces, stoves and grills, water purification systems, hydrogen and oxygen storage equipment and other equipment needed in the hydrogen economy.

These MRE Centers could sell hydrogen and medical oxygen produced on site as well as Bio fuels like Soy Diesel, Ethanol and Metrol but no non-renewable fuels such as gasoline or diesel. MRE H2 fuel stations will be developed and sold as a franchise for an area reservation target fee per area and a per unit price that would  include all the equipment. Future MRE Centers /H2 stations will be all inclusive with a simple cookie-cutter design in clean futuristic looking building(s) so that the buildings themselves act as a visual sign of a New Energy Future and are positioned so as to maximize solar input on the roof of the buildings.

Retail green energy logo apparel and merchandise as well as organic foods and healthy convenient items may be sold inside the store. While in the store, people can learn about how they do not have to wait for the H2 economy to evolve because they can individually switch themselves over all at once with their very own Nano or Micro Grid and make hydrogen at home, or gradually by converting a vehicle thru Pure Energy Conversions LLC and buying their hydrogen from the MRE Center.

All MRE products could be sold, distributed and installed through MRE Center franchises. In this way one family at a time and ultimately one community at a time will transition the USA to the hydrogen economy, all while providing jobs and opportunity and improving our world. 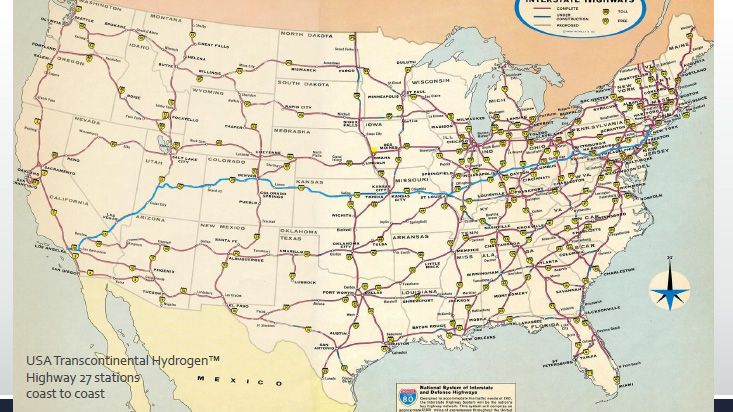