MRE installed 5 new systems from July 2015 to October 30 2015 and they can be seen below. Our system in Dubai will fuel the fuel cell street car as shown below. The fuel cell acts as a range extender for the batteries on board the street car. The fueling Station is located outside the depot and sits right in front of the worlds tallest building the Burj Khalifa. Our newest electrolyzer model the 330 Triple twin shown in the picture with twin compressors being unloaded is inside the basement of the depot with 18 kilograms of H2 storage.

The hydrogen house grand opening pictured is the first time anyone could remember that the house was a hydrogen, battery and solar house with a hydrogen fueling station and a hydrogen car all at the same place at one time. A real picture of the future. The micro grid for the home was designed and built by Mike Strizki. Mike is working with MRE now and you can see more of his work at www.hydrogenhouseproject.org .

Our latest 330 tt model shown below was installed at Blue Planet Research in Hawaii in August 2015. It showcases our latest injection molded cells as you can see the difference between the two 330 tt models shown below. Blue Planet has an extraordinary micro grid. The 32 acre ranch is completely off grid. They are using Sony Lithium Iron Phosphate batteries and fuel cells together with their own logic control systems to gather, distribute and store power from their 85 kilowatt solar array. The hydrogen is used to fuel the stationary fuel cells to back up the batteries and to run in a fuel cell fork lift. Blue Planet also hauls compressed hydrogen to the Mars Habitat that NASA is using to train people for missions to Mars. There the hydrogen also fuels fuel cells that back up batteries on a smaller scale.

In late October we installed our newest system that is similar to our system shown on the home page scrolling pictures of the Ohio State University Center for Automotive Research.  This latest system is installed at Stone Edge Farms wine vineyard in Sonoma California. It has the same 330 tt model with the twin compressors as shown being unloaded in Dubai and the custom MRE buildings are made of stainless steel instead of powder coated like at OSU. They will be storing hydrogen for their Micro Grid and hope to get permission from some fuel cell car OEMs to fuel their own cars on site.

Lastly we have redesigned our cabinet for our 11, 27, and 55 cell models They are now available in either powder coated steel as shown or stainless steel. This newer package cost more than the old but is sized so we can use the same package for all 3 models and is more in line with what our customers are wanting to see. This unit was installed at Mike Strizki’s home and is making hydrogen for his micro grid. 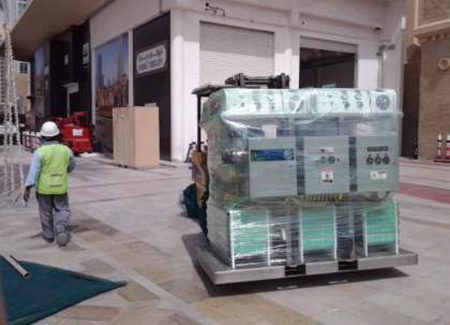 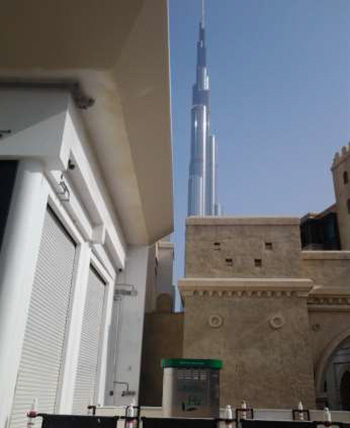 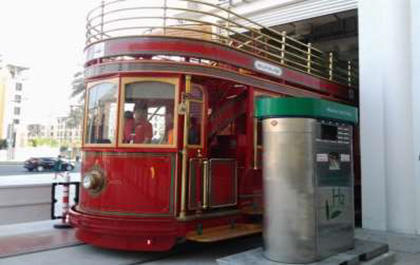 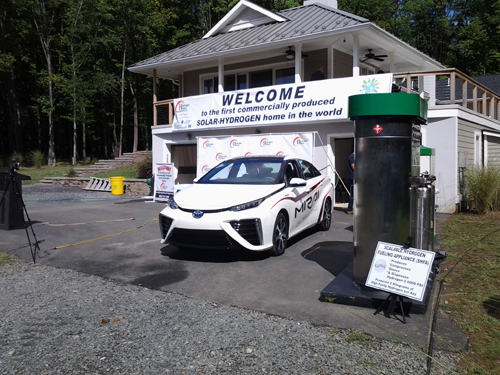 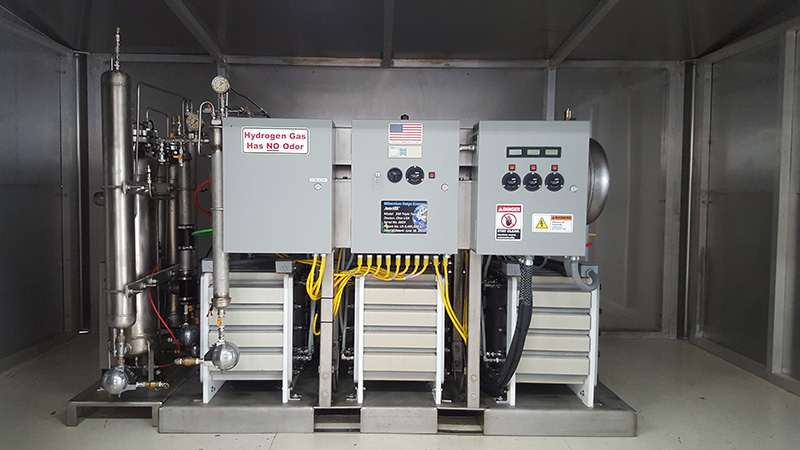 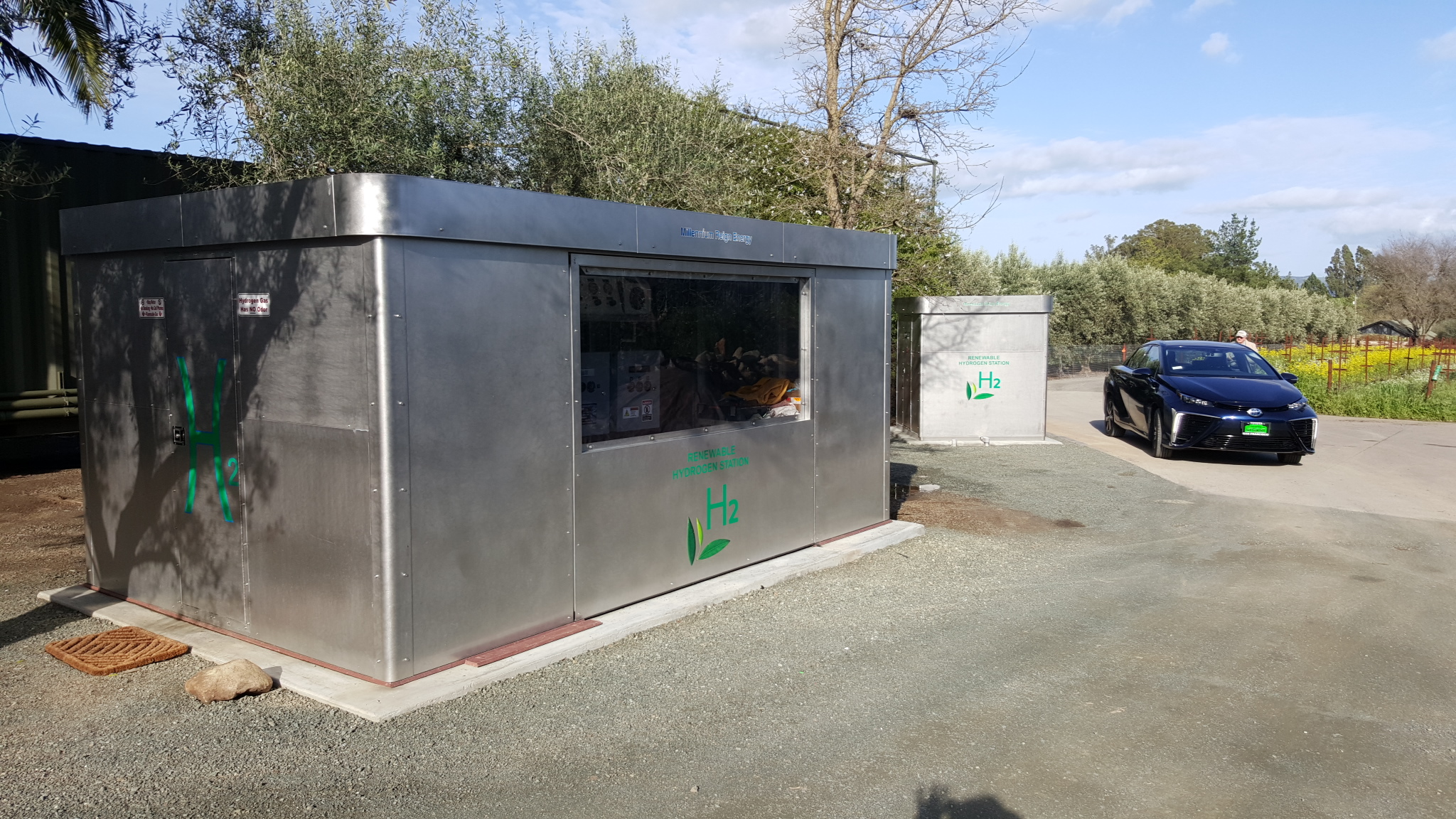 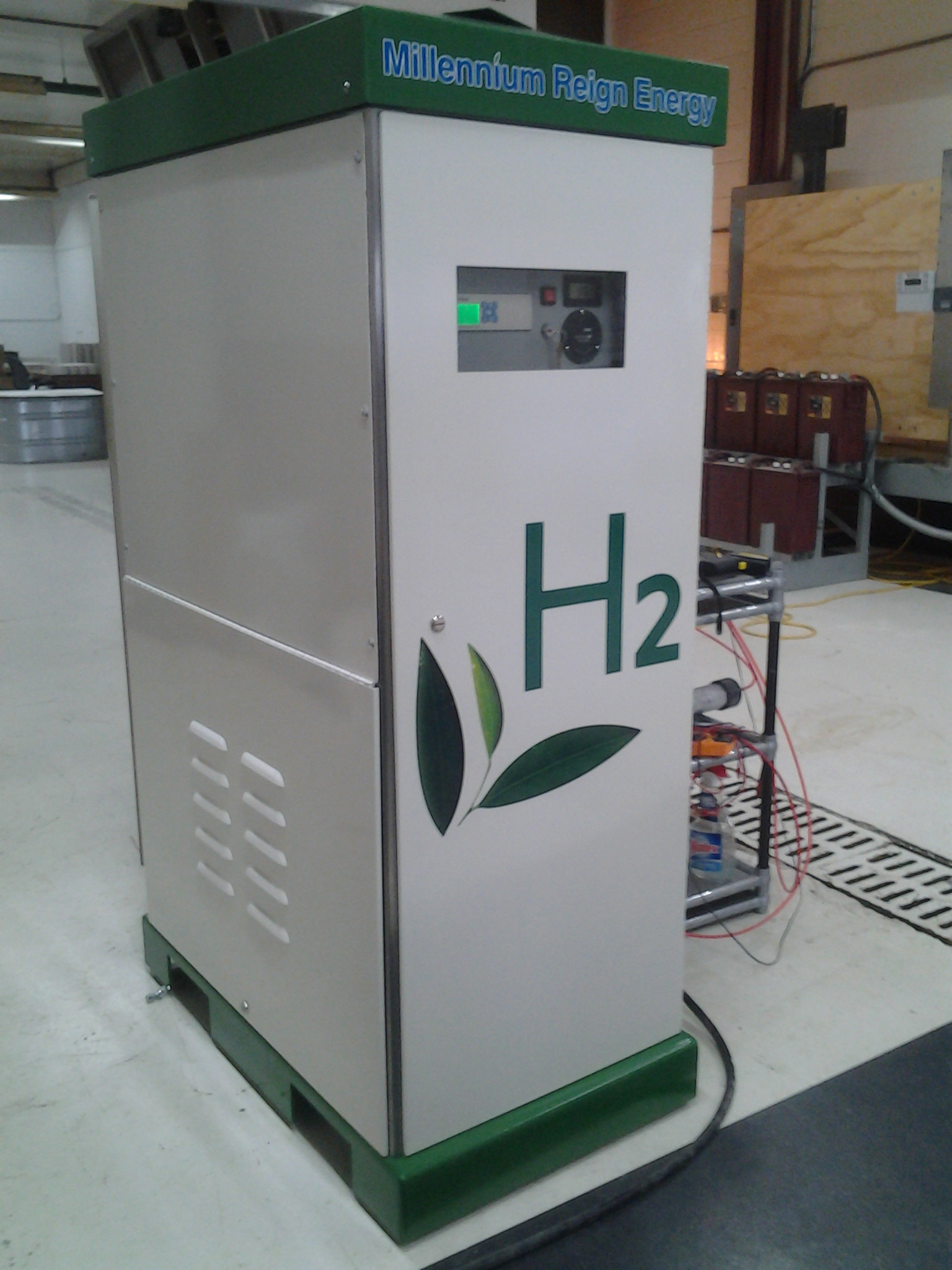